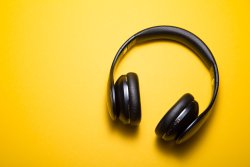 Going "Over The Line" with Honeypot

November 11/30/20, 2020
This has been possibly the most anxiety-ridden week in American history, and music that really SEES what I’m going through is always the best painkiller. Luckily, we found the PERFECT song and video for Election week called “Over the Line”. It’s from an up-and-coming indie band in Charleston, SC called Honeypot (I’m not sure either).

Honeypot is basically Frank Hartman, a lawyer-by-day, guitarist-by-night who worships at the altars of Rush and Hendrix. Honeypot is also heavily influenced by prog and grunge legends like Tool, Audioslave, and Alice in Chains. What makes them unique is their unapologetic political commentary that’s ripe for the moment; clearly, they’re not afraid to “go there”.

Accompanying “Over the Line” is a searing music video consisting of spliced footage of police violence, Black Lives Matter protests, and other chaos that ensued in 2020. It shows that although Americans are strictly divided down the aisle right now, the differences between parties are ultimately an illusion, designed by a more powerful force to distract people. The song asks people to care for themselves and each other while not falling prey to the mind games. On-point advice, if you ask me. Can’t wait to hear more from these folks!

Listen to "Over The Line" here: https://open.spotify.com/track/3Rhd5FDrfpuniSUNV0wC1B?si=O1Hz2lcYTGGVIH2ItfknUA