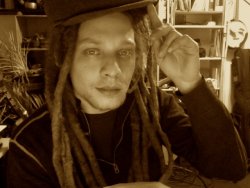 
See all tracks (3)
Follow
Send Message
About
Alex Tea is a composer, multi-instrumentalist, and artist living in Jersey City. He is the singer and leader of the band Kiwi, who recently released their 2nd full-length album, On the Move, to rave reviews. He has previously played in a number of groups, including Jersey City Soul Band the One and Nines, and children’s music project the Mama Doni Band, with which he toured nationally/int... more
Influence
Caribbean
Latin American
Genre
roots reggae, brazilian fusion, funk/soul/blues, jazz, eclectic
Other Pages